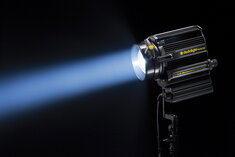 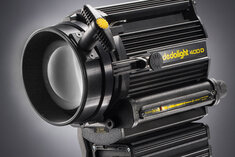 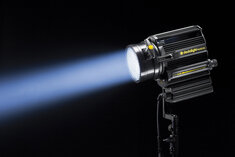 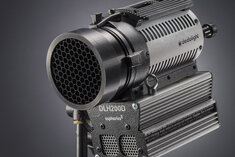 Focusing dedolights work with top quality, precisely calculated, non-spherical optics. They were awarded twice by the Oscar Committee of the Academy of Motion Picture Arts and Sciences, and also received an Emmy and further awards for the optical achievements.

dedolights offer a wider focus range than any other professional light (bigger variation between flood and spot angle).

The computer-calculated design of the non-spherical optics allows for perfect light distribution within the beam, whether flood or spot. Within the beam there is absolutely no variation of intensity, no hotspot.

Outside the beam nothing (the ‚clean-beam concept‘).

The optics of the basic dedolight light head provide triple the light output in the spot position over the function of traditional Fresnel systems.

Thus, already the original dedolights in spot have a very narrow exit angle and a very far reach, and extremely high efficiency.

For example, the DLH400, our metal halide light has an exit angle in spot of only 4°.

We have now designed additional optics to be placed in front of our focusing dedolights. They are computer-designed, based on our many years of experience in optical design for focusing lights.

Such parallel beam adapters are now available for each and every one of the focusing dedolights.

Our parallel beam adapters have been very carefully calculated to match the performance of the optical system and each of our focusing dedolights. Thus, some of those may have the same appearance and same diameter, but you have to watch out, which parallel beam adapter performs best with each light.

Also, on some of the lights with the smaller exit, you can use parallel beam adapters with a larger diameter (special version). Some of those give more than three times the light output over the maximum performance in spot position.

All in all, the great choice of our parallel beam attachments, suitable for each and every one of our focusing dedolights, enhances the use of reflected light systems in an unprecedented way, unequalled and not to be matched by any optics that may be designed some day for existing traditional light fixtures.

On the DLH400, our metal halide 400W light, which can be run at 575W, without any detrimental effect on the lifetime of the lamp, we have a super high efficiency spot, with an exit angle of 4°.

If we now add to this light our newly designed parallel beam adapter, we again create an exit angle of 4°. So seemingly there is no real difference. The beam is just one tiny bit cleaner and more concentrated, but basically has the same exit angle.

But amazingly, the intensity of the light output now is more than double.

How come? Isn’t this unbelievable?

The secret behind all this is that the parallel beam adapters (the additional optics) are calculated in such a way that they function when the light head is in its flood position. Therefore we lose less light, which otherwise, even with the highly developed excellent dedolight optics, to some extent is unavoidable. 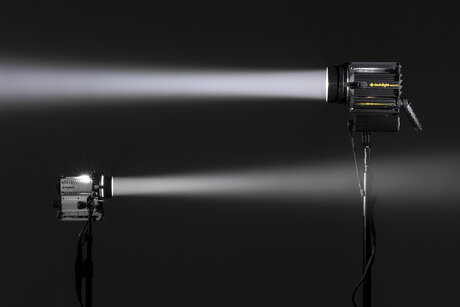 It may be worthwhile to mention here that conventional studio Fresnel lights in their spot function only provide an efficiency of 6%, as opposed to the original dedolight dual-lens concept, which, from its original optics already achieves 18%. Based on this, the further step of now doubling or multiplying even up to 3 times the light output with our focusing lights provides a parallel beam with unprecedented intensity and perfection which cannot be achieved by using any replica of our system on any Fresnel light with the hope of gaining any efficiency that comes even close. We now have parallel beam adapters for each and every one of the focusing dedolights, from the smallest 20W LED light to the DLED3 (same light exit diameter) but with double the power consumption as LED light, even in bicolor.

The most powerful version that we can offer from our focusing lights is the DLH1200, the HMI (metal halide lighting system) that gives an astounding performance and functions perfectly well with the parallel beam adapter, providing a much smaller and more manageable size than you can have from the large diameter of the PB70 mighty parallel beam light. 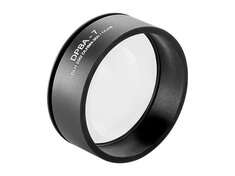 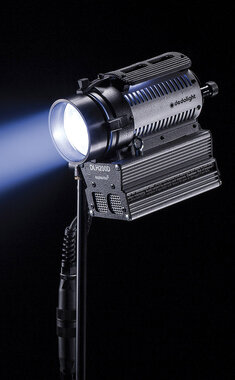 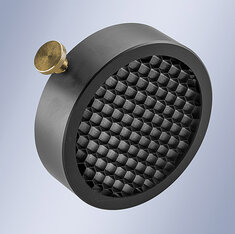 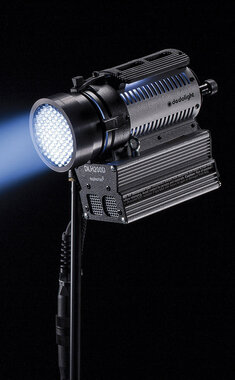 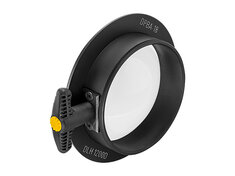 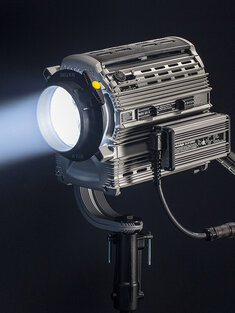 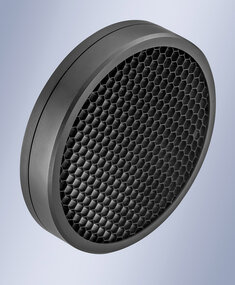 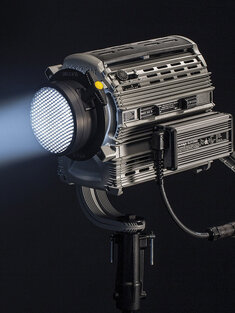 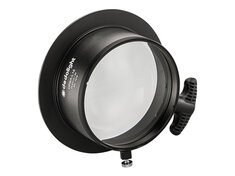 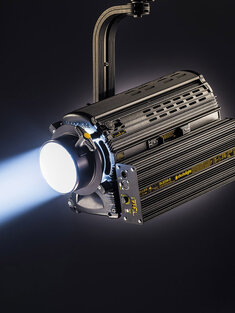 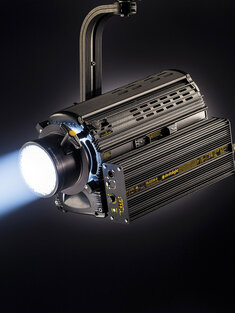